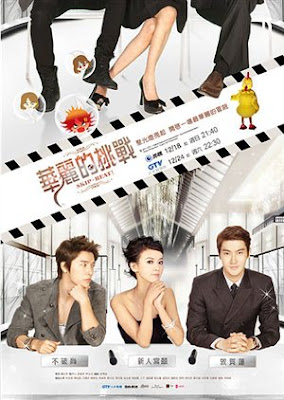 This is probably the 4th or 5th Taiwanese drama that I've ever watched. Its the 2nd one that's based on a Japanese manga adaptation to live-action, the first one being Huā Yàng Shǎo Nián Shǎo Nǚ; or Hana Kimi for short. The male and female lead didn't impress me at all and in fact I ended up loving the supporting actors more. But one theme that I found in common for both of these manga adaptations was the severe lack of plot development and conclusion at the end of the series. But before I go into depth on either of these topics I'll start from the top and shift gears a little to talk about what I did like.

1) FUNNY - I felt like I was watching the whole thing acted out the way the original author and artist had put it together through their drawings. Even the superbly outlandish parts like the bikes falling, or Gong Xi's screaming being heard miles away to terrorize the guards who keep getting in her way. Not to mention the little devil thingys that rise out of her whenever she's in demon mode. It helped to keep the tone of the show on a lighter side when it had the capacity to slip into mucky melodramatic quicksand. 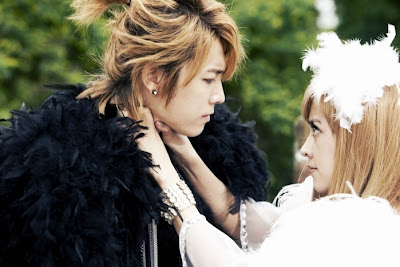 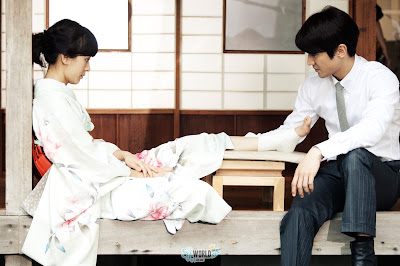 2) Actor selection - GONG XI (Ivy Chen)- Keeping the characters in mind I felt like the actress chosen for this role was appropriate and the changes that she went through the story were awesome. She was really good. This drama being about acting emphasized the seriousness of acting and played quite a bit on the methodology that goes behind it from character study to immersion into a character. It wasn't like Spy Myung Wol for example, where the drama within the drama is superficial and mainly used to get the actors 'real' feelings out through overacting. The viewers can see her change with every new experience she goes through in the drama and how she's able to become a better actress for it. As audience we all learn from her experiences.I love the chemistry between her and Siwon's characters even though they're clearly not speaking the same language, their body language, or when their eyes meet, the audience can feel the air turn into ice or melt with the smiles or coo at their cute awkwardness together while we cheer them on. It's amazing to see their journey on healing each other through the course of the drama. 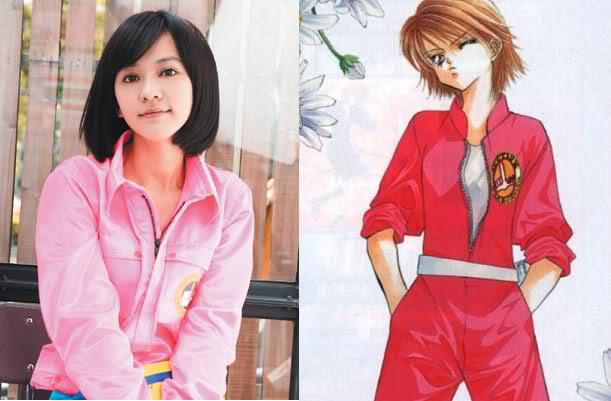 DU HU LIAN (Siwon) & BU PO SHANG (Donghae) - I like the way Siwon was portraying his character as cool and collected while at the same time falling/denying the fact that he was in love. I'd never seen the man act so I was deeply impressed by his work. SPECIALLY considering he's not a native Chinese speaker and the entire drama was done in Chinese. What worked for me despite the dubbing for both Donghae and Siwon was the fact that these guys were able to deliver the story with the body language so much more than just the words. At first it was really disturbing to look at, the fact that their lips were moving differently than what was being said (thus the dub) but their facial features and body language was completely coherent with the emotions and dialogue being spoken. VERY IMPRESSIVE. Donghae though better looking (in my opinion he looked like he came right out of the manga and into human form...that hair color made him look sooo good LOL), Siwon's acting skills were MILES ahead. I love the way he portrayed his character (plus I'm not so into the bad boy type with the ripped up pants and what not, I like my men in SUITS :) 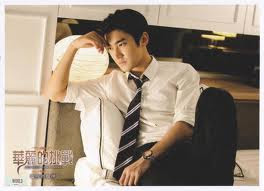 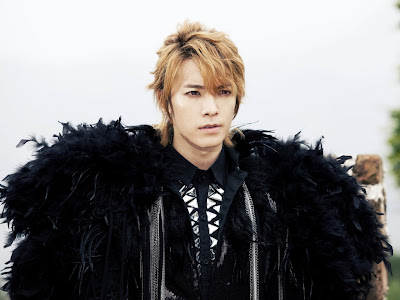 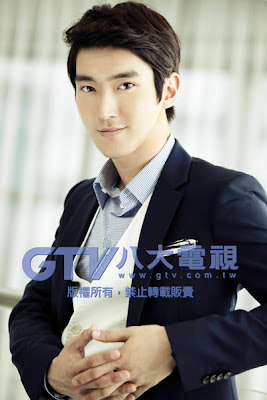 Before I forget my lovely supporting actors, I loved Mr. Du! He was the most adorable manager I've ever seen (except for the one who is Dok Go Jin's manager from Greatest Love) espcially because of the level of understanding between his character and Lian's. They're more like best friends than manager and managee. LOL plus his endless attempts to get Lian and Gong Xi together are so sweet! ;p 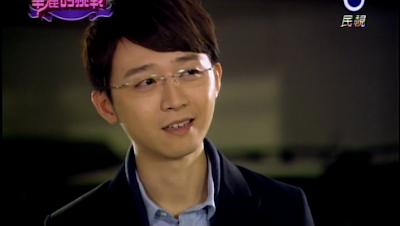 Bianca Bai's character although at first extremely annoying becomes really lovable as the story progresses. I wish she could've gotten more screen time though considering the friendship between Qin and Gong Xi's characters which was the main focus of the first half of the show and then she goes missing as Lian comes into the picture. 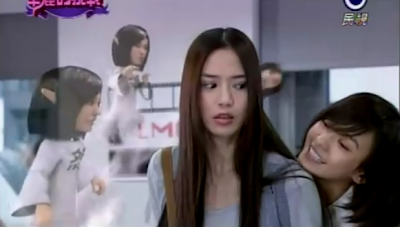 1) Lack of Development & Conclusion - Its like the screenwriters were so busy fitting in mini stories of EVERYTHING that happens in the manga into the drama that they forgot the over all plot and character development leaving everything to come to head in the last episode and then leaving the audience hanging. For the audience not only is this the worst case scenario I believe that its the WORST way to end a mini-series, especially when there is no plan for a sequel to finish up the story and bring all the different conflicts within the story to a conclusion. Yes, we understand that life is not perfect and there is no clean and neat tying up of loose ends but please at least answer most of the questions that are basic to the freaking plot!!! I understand that the main reason that couldn't be done was because the manga has not concluded and thus there is not enough material for them to conclude the series...OR they could have made the progression themselves which has been done before. Some example of that are the Korean drama Goong based on a manhwa that was still being published or Ouran Koukou Host Club in which case the screenwriters took the characters into account when they tried to resolve the questions and conflicts posed in the storyline. 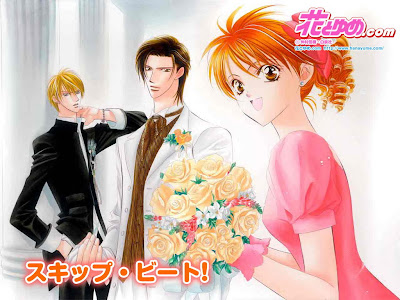 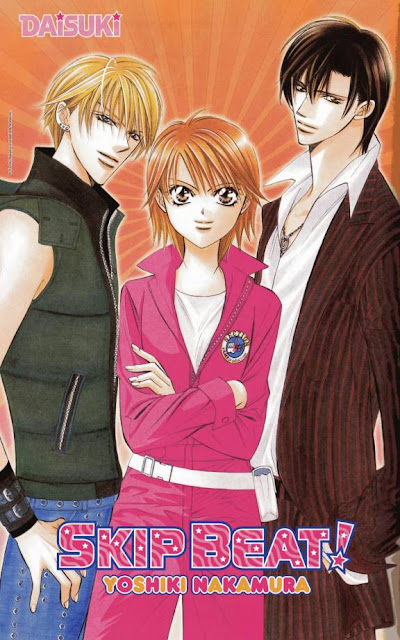 2) The Unanswered/Unresolved Issues - This really ruined it for me especially because I was looking forward to Lian coming face to face with Gong Xi and telling her that he had known her from their childhood and was in fact the friend 'Corn' whom she had confided in. Definitely not enough development in their relationship as I was expecting by the end of the series. The imaginary kiss at the end left me growling because that meant that neither of them had understood/acknowledged the fact that they did like each other. We also never get to find out why in the world Lian has all the issues that he does and more than anything else why the heck he was BLONDE ten years ago?! That was the most baffling thing for me....I mean is one of his parents supposed to be American? (I haven't read the manga so I don't know the specifics). Not to mention Donghae's role as Bu Po Shang is kept in the background to such as extent that we can count the amount of times he's appeared on screen on our fingers and toes. Sad as that is we never get to see the head-to-head between Bu Po Shang and Lian. SIGH......So many things left unfinished and we literally stand right back to where we had started...Aside from the minor detail that Gong Xi doesn't care for Bu Po Shang anymore. And that's about the only resolution we receive at the end of 15 episodes. I'd have rather watched the drama that they were filming within this drama "Dark Moon" that looked more impressive. UGH. 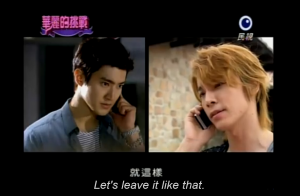 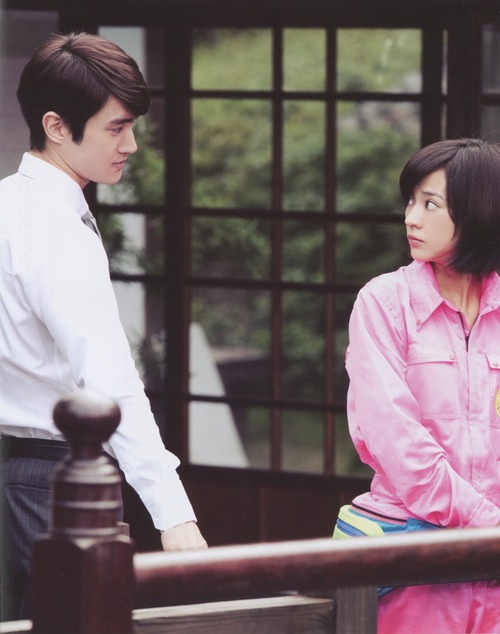 Overall rating for this drama - If you're looking for a in between-waiting-for-new-episode-filler kind of deal then I guess its okay and if you happen to be a huge Siwon fan you'll like it. BUT if you're looking for an actual coherent storyline with well developed characters then this is definitely not your thing. 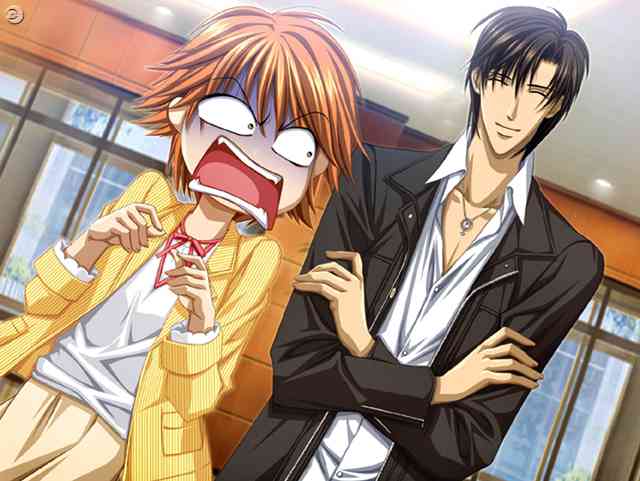